Simple Moments in Which Boys Thrive

For hundreds of years, maps of the uncharted world would signal, with text or illustration, the exotic dangers which travelers might face far from home.

Fear of these unknowns seems quaint today, given the precision of twenty-first-century GPS and information on far-off places just a few clicks away.

Yet in schools today, I find there are words that inspire, in many, some of that same wonder and worry, confusion and concern – for students, teachers, and parents alike...

“We are preparing children to leave home.” 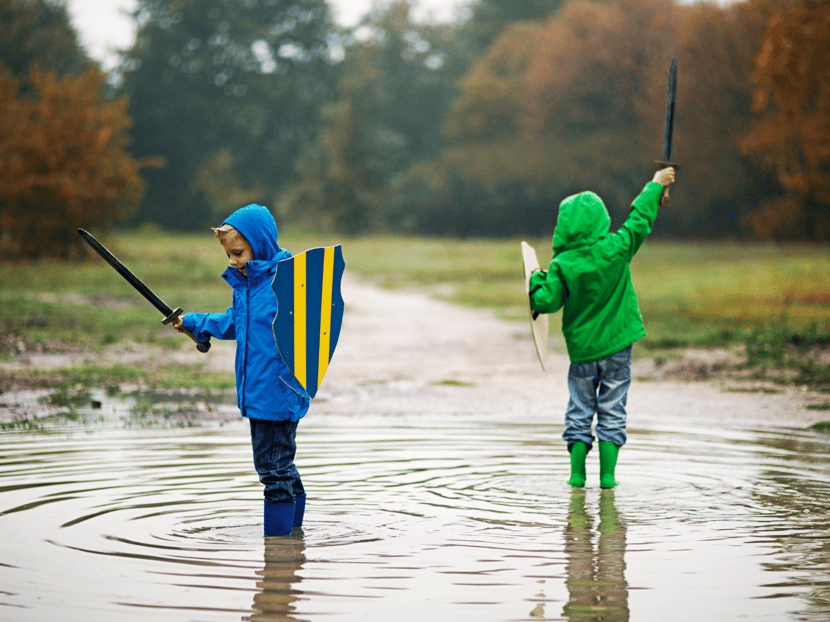 What can we do to help children when we set them on their journey and they encounter unknowns? How do prepare them for the edges of the map?

The best teachers do not teach subjects so much as they do students, of course, and the very best impart to their students not what they know but, rather, how to think and how to learn. Their classes and practices have aims and plans. These are among the examples of modeling students’ experiences early and often. We set goals for students and, in time, help them to set goals for themselves.

Gabriele Oettingen, Professor of Psychology at New York University, describes a process of goal setting called mental contrasting. In their book The Self-Driven Child, William Stixrud and Ned Johnson call it “a way of protecting overreachers from disappointments by charting a path to what can actually be accomplished. And it’s a way of shoring up Debbie Downers whose first response to any goal is to come up with a dozen reasons why it will never happen.” Like “chunking,” in which larger goals are broken down into more manageable steps, mental contrasting is a way of rightsizing goals. Like Goldilocks, we decide on goals that are neither too easy nor too hard; they are “just right.”

The most important step in mental contrasting, Stixrud and Johnson suggest, is the very first step: Children set their own goals. “It should not be a group goal, and it should not be influenced by you” as a parent, teacher, or coach. “The goal has to be something that is both feasible and challenging.”

Rightsizing goals by mental contrasting is a challenge for educators and parents, and the challenge presents itself constantly in academic settings.

For example, at my school, an intellectual rite of passage for tenth graders is a term research paper. Coming to a sufficient understanding of a topic so as to reflect and comment intelligently on it, students are grappling – sometimes for the very first time – with ideas on their own terms with support from others but also, in the end, independent of others.

For that reason, it is essential that a student sharpen his focus and feel ownership of his topic for himself. While praising his drive, I once had to talk a student out of pursuing unified field theory. (Albert Einstein never figured it out, after all, and he was not facing a November deadline!) More common is a topic he might be hearing about at home. If he is channeling mom’s take on voting rights reform or ventriloquizing dad on malpractice insurance, his paper may seem informed and insightful, maybe even unusually so. However, he misses the point of the assignment and will not benefit from the opportunities it presents.

For boys, setting appropriate goals and defining ambitions go hand in hand. Ask a kindergarten class what they want to be when they grow up, you are likely to hear a dizzying range of responses: astronaut, major league pitcher, President of the United States, Spider-Man. Ask a group of seniors the same question, you would rightly be concerned if you heard the very same replies. Our attentive and careful work with them in the intervening years helps them to refine their objectives, without sacrificing our belief in and love for them.

Clinician, consultant, and educator Madeline Levine agrees. “It is important that you and your child set reasonable goals,” she writes. She cites an early educational development many can identify with, learning to ride a bike. “Yes, it takes a lot of motivation, practice, and effort, but it is well within the realm of what most children can do.”

These lessons for smaller scale or short-term goals apply to larger and longer aspirations, as well as the confidence that smaller goals set and met can foster. “Competence begets confidence,” Levine writes, and “[i]f you want to know what confidence looks like, conjure up your child’s face when he first realized that your hand was gone and he was riding on his own.”

Stixrud and Johnson see this reality in their work, too. “We are also big believers in setting ‘personal best’ goals in the classroom, the music room, on the playing field – or in the backyard. It’s not that competition is bad per se – your kid needs to learn how far to go for it when she really wants to win – but it is far more effective when the person she is competing with is herself.” Competence begets confidence, then, but it is first born of commitment. Goal setting is an inherently rational process. Yet young men’s prefrontal cortexes, their centers of reason, continue to develop through their mid-20s. Nevertheless, for boys of all ages, cultivating their interest in their own growth can come with their identifying role models.

“Role-modeling is an evolutionary trait in humans,” writes Steve Biddulph in Raising Boys. “We are a species that has few instincts and must learn complex skills to survive. By watching a person we admire in action, our brain takes in a cluster of skills, attitudes, and values.”

Like setting goals and reaching for ambitions, role models’ influences vary in scope. A few years ago, I was speaking with a student struggling in his social studies class. We had talked about what he could be doing better, his parents and I had conferred, and we had reviewed together progress reports from his teacher. His struggles continued.

A turning point came when I posed a simple question, “What does success look like?”

“Ethan,” he replied. Success looked like one of his teenaged classmates, pure and simple.

Before it was any understanding or appreciation of skills, attitudes, and values, success for him was the successful student, personified by Ethan. In the coming weeks, with Ethan as the exemplar, his performance improved more markedly than it had before.

Many successful men point readily to examples who motivated them, especially in the areas where they are most passionate. Having coached the Indianapolis Colts to a victory in Super Bowl XLI, Pro Football Hall of Fame inductee Tony Dungy cites again and again the example and influence of his own coach with the Pittsburgh Steelers, Chuck Noll. Chef, author, and documentarian Anthony Bourdain wrote, “in a very real sense, I owe everything I have to Jacques Pépin,” a soft-spoken forebear. Before he was a towering figure in Western music, twenty-year-old Johann Sebastian Bach walked some 250 miles across central Europe to hear and learn from the organist Dietrich Buxtehude.

In short, boys and men benefit greatly from not only identifying role models but articulating why they look up to them. And once again, as boys grow, these exemplars are often less famous and more personal. “We don’t need our role models to be great heroes,” Biddulph adds, “in some ways it’s preferable to simply have people who are accessible and whom we like.” Importantly, this idea does not limit a boy or quash or his potential. Indeed, men very often transcend the role models who first inspired them.

Most important of all, we as adults in boys’ lives must work to help them understand their goals and ambitions in perspective.

Recognizing achievement within the context of a life well lived is something boys can, with our help, begin to understand. By their adolescent years, they may well already have trophies, ribbons, and certificates that once meant the world to them gathering dust in their rooms or even stored away in their closets. More important, though, they have the memories of what those experiences meant to them; relationships they forged through them; and skills, attitudes, and values, they carry with them and draw on in the future.

Author and philosopher Roman Krznaric thinks of ambition in simple but powerful terms. “‘You can be anything you want to be’ is pithy advice that isn’t helping most of the young launch careers or find satisfaction in life,” he says. “If we really think about it, few of us mean it literally… Perhaps what we’re really trying to say to our children is that we trust in their ability to build a meaningful life.”

The prospect of our children leaving home – for unknowns even scarier than dragons, it sometimes seems – is a daunting horizon. By helping boys to set goals, refine their ambitions, identify role models, and broaden perspective, however, we are helping equip them for any number of unknowns. We should take great confidence in the confidence we help them build for themselves.

Striking balance in these areas is an aspiration we can share with the boys in our lives. Building a meaningful life should be, in the end, their goal and ours. After all, is there any greater ambition? To live a meaningful life is to be a dragon slayer.

Subscribe to the Boys Education Series on iTunes or Stitcher

Patrick Gallagher was named Head of School in September of 2018. Prior to that, Mr. Gallagher was the co-director of the Upper School and Hunting Valley campus for five years. He came to US in 2005 from The Culver Academies, where he taught English and humanities. Mr. Gallagher received his master of arts degree from Columbia University, where he was a Klingenstein Scholar in Educational Leadership; and his bachelor of arts degree in English language and literature from Princeton University.

Simple Moments in Which Boys Thrive

a resource for parents & educators on raising boys